Tired of white filament? Want to help your youth personalize their 3D prints without having to swap rolls of filament? try this technique with something you probably already have plenty of in your makerspace. 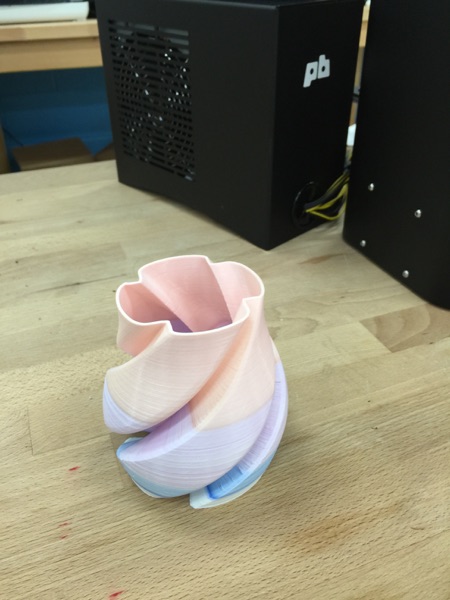 We print in a lot of white filament at the Tech Center but that doesn’t mean we lack creativity. This simple little hack will have you printing in as many colors as you want without ever having to swap that roll of white filament out.

I was originally inspired by my friend Josh Ajima who wrote an article for Make Magazine called “Rainbow Extrusion: Coloring 3D Printer Filament.” In that article, Josh uses Sharpie markers to color lengths of filament to create fun multi-colored Make robots. It is super easy to do and it adds a touch of personalization to prints without the hassle of swapping filament. 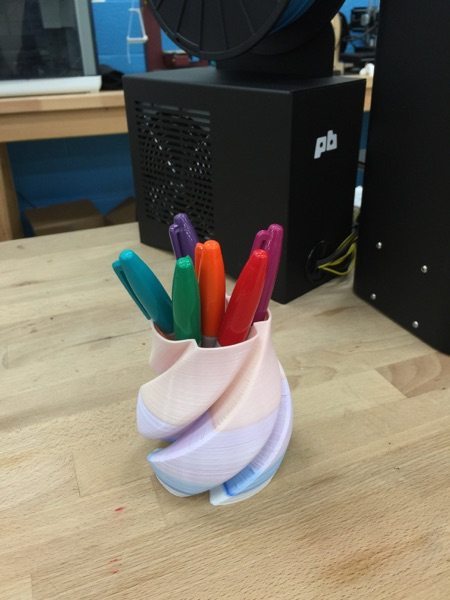 I’m a big fan of the mantra, “work smarter, not harder” and the thought of manually coloring a meter or more of filament seemed like it could be improved upon. I’m not the only one who had that thought and I found a great design on Thingiverse for a marker holder for 3mm filament. Turns out, that design works just fine with 1.75mm PLA filament too without any modifications. Just print the holder, run your filament through it and into your extruder, and you are done. Add markers as desired. 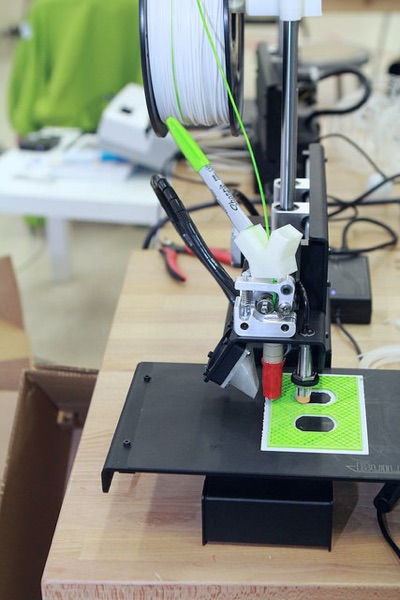 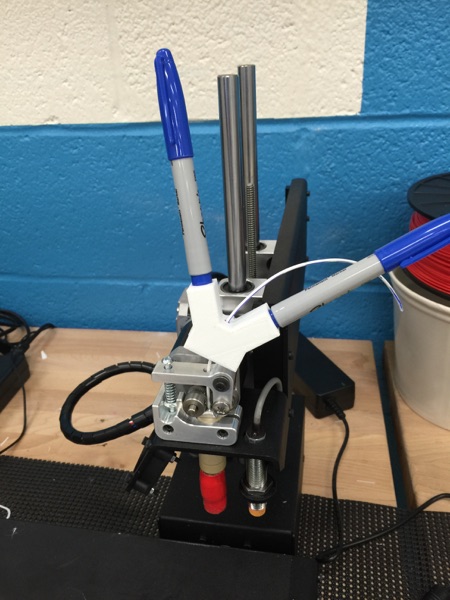 For best results, always use two similar colors in the marker holder. You will also have to push the markers pretty far in or drill out the holes a little so the markers press against the filament. 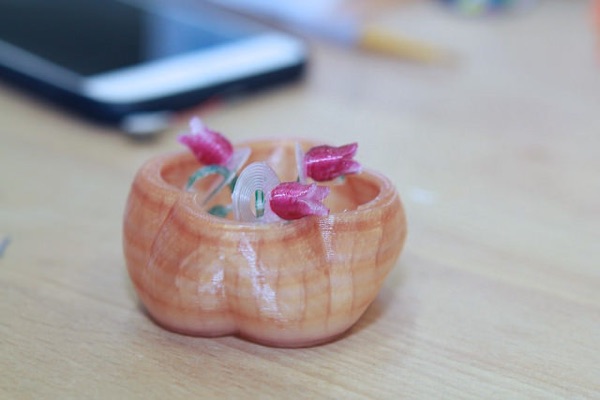 With white filament, the markers come out more pastel, or milky, in tone. With transparent or natural filament, it will come out looking closer to the color of a gel pen with more of a glossy sheen as in the photo above. 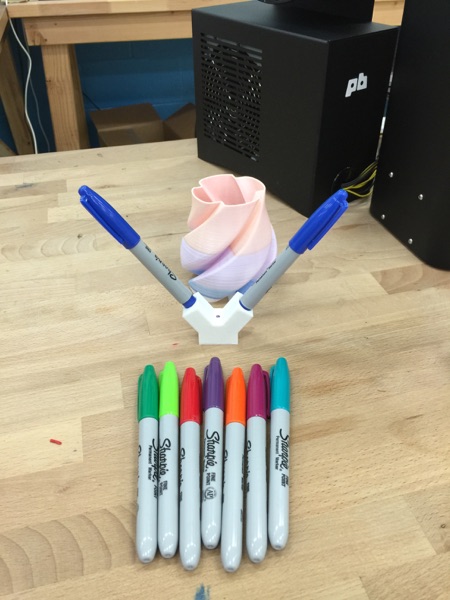 This is an easy way to allow your youth to personalize their prints. I’ve also found that they have a stronger feeling ownership of the end product. It also allows you to have multiple colors without having to buy multiple rolls of filament, just an 8-pack of Sharpies (or two).